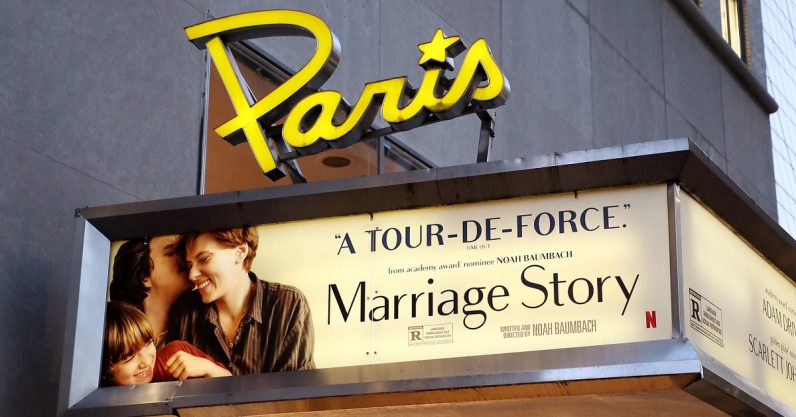 Netflix today announced it was reopening Manhattan‘s Paris Theatre indefinitely, and is making it into “a home for special Netflix events, screenings, and theatrical releases.” The theater currently hosts a limited run of Netflix Original Marriage Story. So yeah, the company that’s disrupting the tradition of theatrical film releases is now in the theater business. Netflix revealed it’d signed a lease agreement to “save the beloved institution” which it praised as “a symbol of prestige cinema.” Ted Sarandos, Netflix‘s CCO, said, “After 71 years, the Paris Theatre has an enduring legacy, and remains the destination for a one-of-a kind movie-going experience. We…